The reading in Corsham of the Proclamation of King Charles III took place in front of Corsham Town Hall on Sunday 11 September at 1.15pm.

The formal Proclamation of the new Sovereign is a very old tradition which can be traced back over many centuries and takes place as soon as possible following the death of the reigning monarch.

In an age where modern methods of communication convey news around the globe in an instant, the Proclamation is no longer the means by which people learn for the first time that they have a new Monarch. It is, though, one of the first occasions when communities have an opportunity to come together to reflect on the passing of one monarch, and the accession of the next.

Corsham marked this historic occasion with our Proclamation of Accession being led by the Council’s Chairman, Councillor Steve Abbott, who read the Proclamation in front of a small crowd of invited dignitaries, including Stephanie Millward MBE, Deputy Lieutenant for Wiltshire, and local residents.

When opening the ceremony The Chairman said: “We come together this afternoon following the passing of our late Sovereign, Queen Elizabeth II. Our sadness at this time is shared by people across the globe, as we remember with affection and gratitude the lifetime of service given by our longest-serving Monarch.

The basis on which our monarchy is built ensures that, across the centuries, the Crown has passed in an unbroken line of succession. Yesterday, the Accession Council met at St James’s Palace to proclaim the Sovereign, following which the Principal Proclamation was read at 11am from the balcony of St James’s Palace.

With flags flying at full-mast during this time, and as tradition dictates, that Proclamation is then cascaded through the country. The Accession Council therefore made an order requiring High Sheriffs to cause the Proclamation to be read in the areas of their jurisdiction. It was that task which the High Sheriff of the County of Wiltshire discharged earlier this afternoon and it is my humble duty and privilege to now read the Proclamation to the people of Corsham.”

Whereas it has pleased Almighty God to call to His Mercy our late Sovereign Lady Queen Elizabeth the Second of blessed and glorious memory, by whose Decease the Crown of the United Kingdom of Great Britain and Northern Ireland is solely and rightfully come to The Prince Charles Philip Arthur George: We, therefore, the Lords Spiritual and Temporal of this Realm and Members of the House of Commons, together with other members of Her Late Majesty’s Privy Council and Representatives of the Realms and Territories, Aldermen and Citizens of London, and others, do now hereby with one voice and Consent of Tongue and heart publish and proclaim that The Prince Charles Philip Arthur George is now, by the Death of our late Sovereign of Happy Memory, become our only lawful and rightful Liege Lord Charles the Third, by the Grace of God of the United Kingdom of Great Britain and Northern Ireland and of His other Realms and Territories, King, Head of the Commonwealth, Defender of the Faith, to whom we do acknowledge all Faith and Obedience with humble Affection; beseeching God by whom Kings and Queens do reign to bless His Majesty with long and happy Years to reign over us.

Given at St James’s Palace this Tenth day of September in the Year of Our Lord Two thousand and twenty-two.

GOD SAVE THE KING 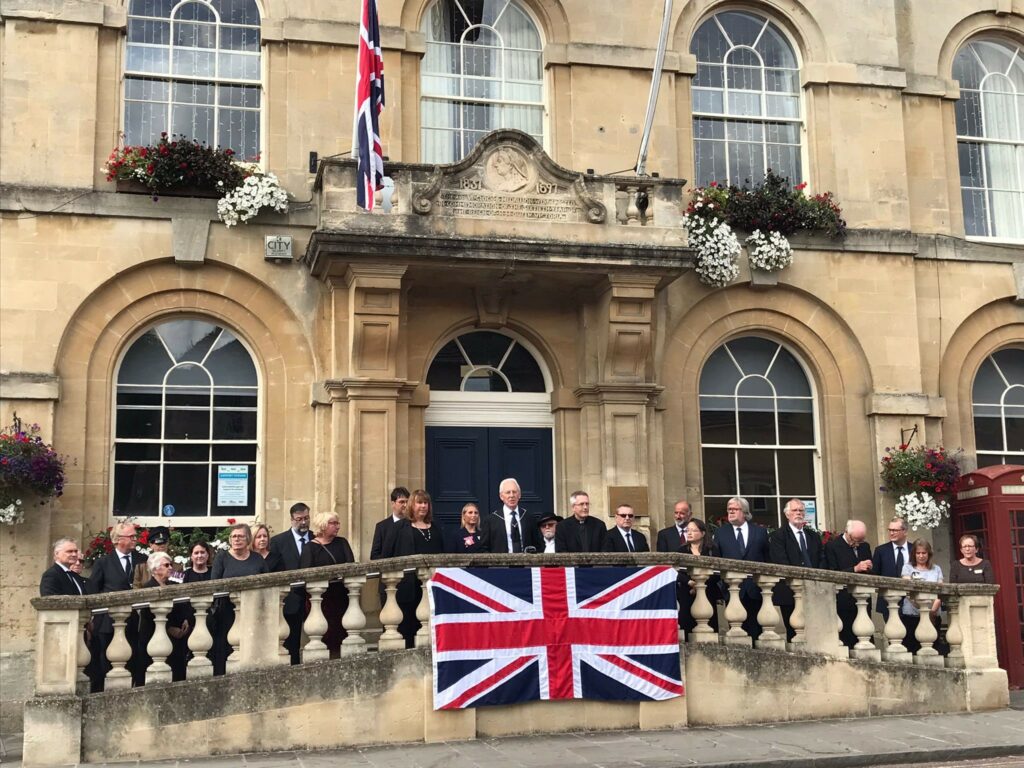 This website uses cookies to improve your experience while you navigate through the website. Out of these, the cookies that are categorized as necessary are stored on your browser as they are essential for the working of basic functionalities of the website. We also use third-party cookies that help us analyze and understand how you use this website. These cookies will be stored in your browser only with your consent. You also have the option to opt-out of these cookies. But opting out of some of these cookies may affect your browsing experience.
Necessary Always Enabled
Necessary cookies are absolutely essential for the website to function properly. These cookies ensure basic functionalities and security features of the website, anonymously.
Functional
Functional cookies help to perform certain functionalities like sharing the content of the website on social media platforms, collect feedbacks, and other third-party features.
Performance
Performance cookies are used to understand and analyze the key performance indexes of the website which helps in delivering a better user experience for the visitors.
Analytics
Analytical cookies are used to understand how visitors interact with the website. These cookies help provide information on metrics the number of visitors, bounce rate, traffic source, etc.
Advertisement
Advertisement cookies are used to provide visitors with relevant ads and marketing campaigns. These cookies track visitors across websites and collect information to provide customized ads.
Others
Other uncategorized cookies are those that are being analyzed and have not been classified into a category as yet.
SAVE & ACCEPT

Welcome to Corsham Town Council’s new website. We are still checking some of the pages so please bear with us while we finalise all the links and information. Do feel free to call us on 01249 702130 if you cannot find what you are looking for.